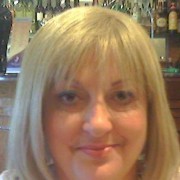 1. Hair pulling is the problem

2. It is hard to stop hair pulling

3. Nobody gets me, no professionals understand

4. I have no willpower

5. Something needs to click before I can be pull free

6. There’s no point stopping pulling because I will end up pulling more when I do slip up

7. There’s something in my past which caused me to pull and when I find out what it is, I will stop.

1. HAIR PULLING IS THE PROBLEM

Myth number one is the most paradoxical. If someone pulls hair out, then of course that is a problem, but it isn’t THE problem. Behind that problem are often many more, deeper rooted problems. In the case of a baby pulling hair, of course, that is the problem – the obsession with hair, the constant reaching for hair and the ultimate pulling of it. With children aged 7 and above and adults – the problem which needs solving is how the person self-soothes, rather than the hair pulling itself. When an alcoholic stops drinking, that is when the problems start, not when they end – the person needs to learn a whole new way of living. In my 20+ years of treating trichotillomania, I have found this to be true also, of hair pulling. This is the myth I find hardest to dispel. Once I have helped the person become pull free like me, I know that is where my hardest work begins, teaching maintenance. Too many people want to leave coaching at the willpower recovery stage, as of course, they’re now pull free.

We kid ourselves that we don’t need therapy, we just need to stop pulling. The real problem for me (pull free since 2002) was the way I was bullying myself.

Hair pulling isn’t the problem, the condition – trichotillomania – itself is the problem. Like alcohol isn’t a problem per se, but alcoholism is. The condition is a psychological crutch that we come to associate with relaxation. We kid ourselves that pulling solves emotional distress, while in fact it makes it a million times worse. Understanding the many arms of trichotillomania makes stopping easier – so that brings us to…

2. IT IS HARD TO RECOVER FROM HAIR PULLING

Myth number two is simple – in most cases, NOT doing something is easier than doing it. We were all born pull free and I’ve never heard of anyone who died pulling a hair – so I believe that not pulling is a natural state.

Some people believe that if they do stop pulling, fighting urges will take up so much energy that there will be nothing left for living. They will never be able to concentrate. If they stop, they might be miserable forever. I help them to manage the distress in ways which ultimately reduce distress. Previously, some believed that pulling helped them relax and de-stress. Pulling didn’t create the stress, but stopping it can release the majority of it.

3. NOBODY GETS ME, NO PROFESSIONALS UNDERSTAND

Hmm, maybe those who learned it from a book don’t understand. I learned it the hard way, from 27 years of pulling. I stopped in 2002 and started trichotillomania.co.uk to help others do the same. I thought I actually enjoyed pulling. One of the questions I most often hear during Q&A is “Why is pulling so enjoyable?” The answer is also the answer to Myth 4.

4. I HAVE NO WILLPOWER

You enjoy the sensation of satisfying an itch. An itch that comes from the deep, dark hole left from the last time you pulled. Pulling made you feel good and released some endorphins in your brain, but those chemicals quickly dissipated and coursed through you until now the craving is bigger and sharper and edgier. It is an addiction and it takes commitment to change.

5. SOMETHING NEEDS TO CLICK BEFORE I CAN BE PULL FREE

That COMMITMENT is the answer to Myth 5: Something needs to click before I can be pull free. Click the commitment switch to ON now. For a great many, there is also an element of “who am I if I don’t pull”. A fear bred from their identity having become entwined with the condition after so many years … And that’s the crux of it. Fear. Of letting go.

6. THERE’S NO POINT STOPPING PULLING BECAUSE I WILL END UP PULLING MORE WHEN I DO SLIP UP

People know they are suffering the consequences of pulling, but they fear they will suffer without pulling too. They are paralyzed into inaction and bury their heads in the sand. “I’ve tried everything and nothing works for me”. The reality is they have not tried everything with full power and attention. Subconscious self-sabotage is super powerful and people love to say “I tried XYZ but it didn’t work for me” – another excuse to carry on pulling. In the past, a person might have always gone back to what felt comforting but with support from others and the right motivation, as well as coaches experienced in maintenance and relapse prevention, stopping forever is easier than facing those first difficult days of recovery over and over AND OVER again.

7. THERE’S SOMETHING IN MY PAST WHICH CAUSED ME TO PULL AND WHEN I FIND OUT WHAT IT IS, I WILL STOP

For a tiny minority of people with trichotillomania, a trauma is behind the pulling, but no adult ever needs to worry about their past. Digging up past problems can be very harmful for people with obsessive tendencies. Looking to the past isn’t going to solve anything for the future. You’re normal, you don’t have to be perfect. You’re going through something many other people have been through and recovered from. You can seek out those people and be willing to ask for and ACCEPT help. Lots of people tell me “No-one can help me”, and I always ask them to reframe this to “I can’t let anybody help me.” Once you realise the fear behind this feeling, you can use it as fuel to ask for help and be willing to be guided. People are people, but many people think they’re facing more problems … You are no more addicted to pulling than anyone else and you CAN be helped.

This site uses Akismet to reduce spam. Learn how your comment data is processed.