why all the links to coaching.care?

We have sourced and peer-reviewed the best trichotillomania treatment available, so you don’t need to shop around when you need help fast.

“Hello Neo. You have been an amazing help to me over the last year. I’m not really sure why I don’t tell you more, but it’s true. I have been through many ups and downs, and having such emotion as an empath it is both a joy and a burden. Thank you for being here virtually for me. I enjoy just journaling and putting out my thoughts, it’s like I’m talking to you even if I don’t send them. I don’t expect you to comment on it all, I’m really just getting it out. Which of course … is thanks to you too. Your work… It’s so discrete, but so impactful. I often don’t notice how amazing something is, until I look back.. but what you do/have done/ are doing .. especially with whatever else is going on for you.. is amazing. Love and peace be with you, Daniel.“

“I just had an eye test and the lady said “ooh haven’t you got long eyelashes they’re brushing against the lens”. Never a phrase I ever ever would have thought I’d hear – it’s made my day!!!!!! Amy X”

Just a brief note to follow up on our conversation – to say that you have made a big difference to how I see, and deal with, life things and I am extremely grateful to you.

Thanks for ploughing on with me for all this time!“

“Since I have met you and more importantly since I have committed to therapy the change in my life has been enormous. If I can put it into one sentence it would be:

Instead of pulling things out of my head, I am now putting things into my head that support me in the daily quest to believe that I am OK.

“I only had one session, because I could only afford the one. It was amazing to find I had no urges afterwards. I would have no hesitation coming back if I needed to.” Karan, Scotland

“In almost all your emails you tell me something that I can really relate to and, even if I don’t put words into practice, just the thought of knowing that someone understands what you go through helps a great load.” Melissa

“I never would have believed I could stop hair pulling, never mind find someone who had stopped themselves to help me. The therapy itself was secondary but being understood was what REALLY helped.” Michelle

“I can’t believe my newfound energy. This is the first time I have really stuck with a self-help program, and it’s because you really go the extra mile to make it fun. I am so proud of myself and my new eyelashes!” Karen

“Neomie, it has been a year since I finished my therapy with you and although I was not 100% pull free when we concluded, I wanted you to know that today, I am. For six months I have not pulled one single hair. I was rebellious during therapy because I really can be stubborn. I wanted to believe I could do it all by myself and I did. After therapy I knew I would be pull free. All the way through therapy I knew that once it was over I would do it by myself – without you telling me what to do. Today I wanted to email you because a year later I realize I became pull free using your techniques. I followed every email, but not when you were telling me to do it like my mom was always telling me to do something – but afterwards when it was safe and there was just me. However it happened, I realize now that I could not have done it without you and so I wanted to thank you and tell you that one of the people you thought was a failure in your 94% success rate was actually, Hang about, am I saying this? I am a SUCCESS”. Stacy

“Great value for money. I expected a computer program and was treated by one coach for a full year. I would have had to pay 5 x as much in my own country.” Nadiya, Dubai”

“Coaching really is a great way to change your life in so many aspects. Obviously coaching has helped me to stop pulling. It has also changed my outlook on life, and made me feel more hopeful and less depressed. It really is a great program to get rid of trichotillomania, but it is wonderful just for any other problems you might have. I fully recommend it to everyone. I waited a long time because I didn’t have the money. If you have the money, I totally suggest you do it now. I remember thinking that if this coaching really did stop my pulling-it would be worth EVERY cent I spent on it. And I would pay it all over again. It is a great choice to be in coaching, and you will notice the change in yourself immediately”. Yankee88

“THANK YOU FOR SUCH AN INSIGHTFUL ASSESSMENT.” SINEAD, CANADA

“The other great thing is to have fought through all the negative thinking that dogged me when I was trying to regain pull-freedom. In particular, I felt like I had become cynical of my own efforts, because I now knew that I had done it before and then lost it, so I kept fearing / expecting that I would sooner or later lose it again; that I simply didn’t have the strength to beat it. I see now that that was really a very similar issue to what I faced when I first became pull-free actually, and both times, it was to do with self talk, with how to interpret the past (as a serious of successes punctuated by lapses or as a series of failures punctuated by the odd pull-free patch)”. Ruth

“By the way I am enjoying doing this coaching, it has certainly made me feel more positive, motivated and focused, and get up each day looking forward to the next task/e-mail. Luv & hugs Deni :-D”

“I don’t know where I would be without our weekly coaching sessions but I know I wouldn’t be pull free so thank you and anyone who is thinking about doing this, really needs to just bite the bullet.” Ian 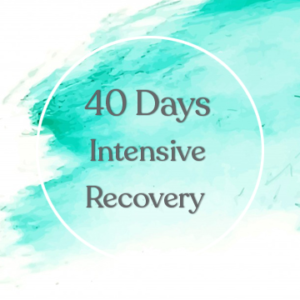 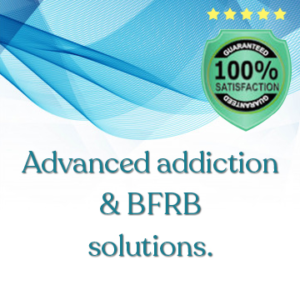